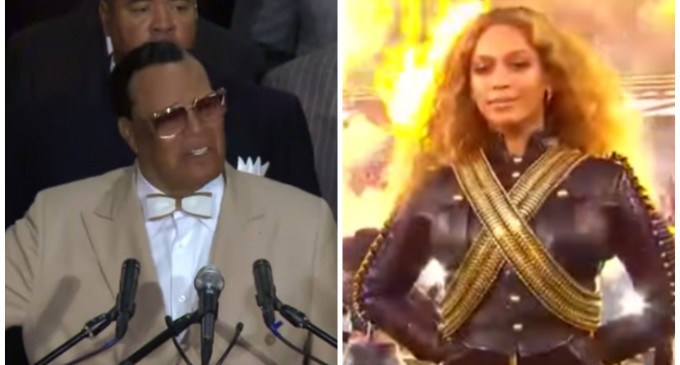 Beyoncé has a new ally in her current feud with the police, the leader of the Nation of Islam, and he's offering to protect the pop star should the police not chose not to do so on her upcoming tour.

Beyoncé's feud with the police began with her Formation music video, in which she lied luxuriously atop a sinking police car. She compounded the problem by heightening her message in the biggest way possible, during the Super Bowl 50 Half-Time Show, where she paired the song with Black Panther militant imagery an and all-Black cast of dancers.

Since, police seem to be unwilling to protect the pop star, and those who seem willing to do so seem unprepared for the task.

To see who is offering himself up for services, continue reading on the next page: