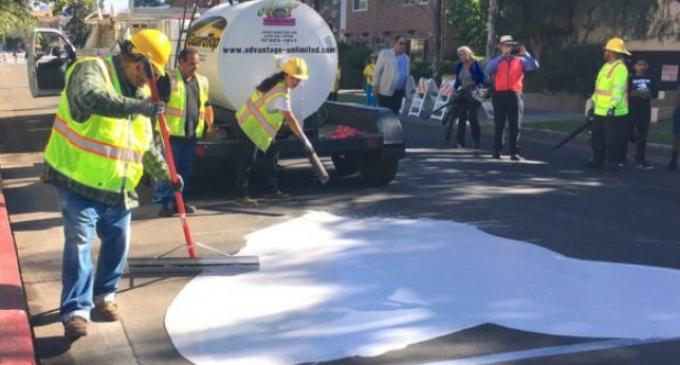 The city of Los Angeles has started painting its city streets white in a bid to combat climate change.

The greyish white seal coat grayish-white coating known as CoolSeal is sprayed onto the street by a truck. The substance, made by a company called GuardTop, is then distributed by city workers with squeegees.

Dark-colored asphalt absorbs between 80 and 95 percent of the sun's rays, which in turn heats up the streets themselves and surrounding area. This worsens a phenomenon known as the “urban heat island effect,” can add 22 degrees Fahrenheit to the average air temperature in a city, according to the EPA.

This is almost too funny to be true. First, is the substance impervious to dirty, black tires or pollution? Of course not. Not only does this operation come at an extremely high cost, but maintenance will exponentially increase the bill. But that's not the only problem with this asinine operation.

Move to the next page for more: