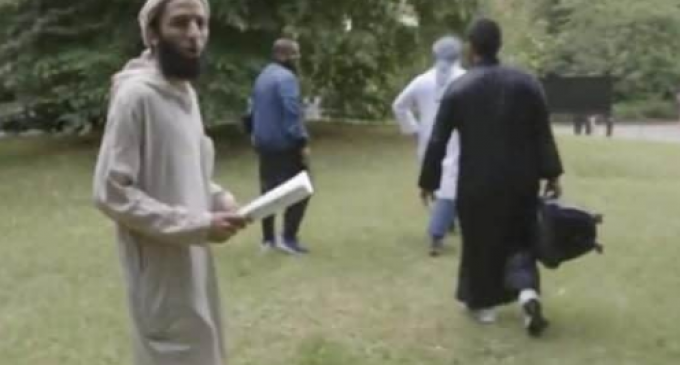 What is the liberal agenda? Tolerance in the face of moral debauchery, innocent loss of life, and the shameless glorification of Jihad.

Western law enforcement agencies, politicians, and citizens have been struggling to fight back against Muslim jihadist. Innocent children are dying. Bright young people stabbed to death Antifa style or run over by vans because of Western jihadists. Families are almost as likely to have a child die at the hands of domestic jihadist than in the service fighting to save women and children from the realities of Sharia law.

Khuram Butt, one of the London Bridge attackers, appeared in a Channel 4 Jihad documentary called “The Jihadist Next Door” think “The Housewives Next Door” if they’re all being raped and stoned to death for not wearing black enough burkas.

Some are saying footage from this video alone was sufficient evidence for taking these criminals into custody years ago. Why is it that Khuram Butt and over 3,000 other U.K. jihadist are allowed to roam unchecked by U.K. law promoting Sharia law, jihad, and bribing kids with candy?

That sounds borderline cartoonish. Tragically that is what reality has been reduced to in 21st century Europe. Each of these stated Islamic objectives can be proven as being both taught in the Quran and uninhibitedly carried out in Western societies.