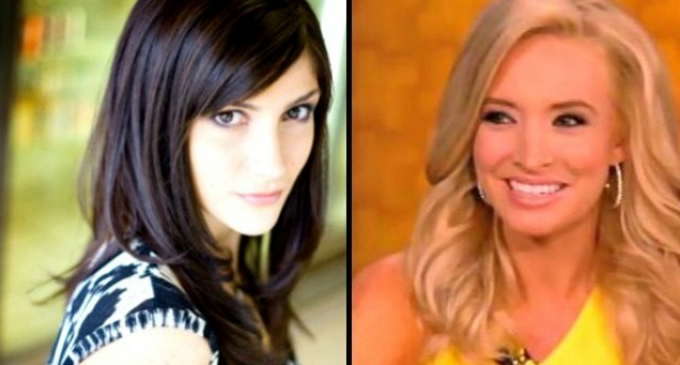 Is there really such a thing as a “conservative democrat”? Well, Dana Loesch claims to be one and is lashing out at Kayleigh McEnany, a republican Trump supporter. Tensions rose to a whole new level after Loesch verbally attacked McEnany on Glen Beck's radio show, The Blaze, calling the Trump supporter “flat-chested”.  McEnany underwent a preventative double-mastectomy after she tested positive for the presence of the BRCA1 gene, the same gene that caused award-winning actress, Angelina Jolie, to have the same surgery performed.

Tensions always run high between the parties and their supports during an election year and anyone following the political campaigns will surely notice the defamation of character being shot back and forth, Loesch took it a step further. Instead of attacking a political party or a political view, she outed McEnany's condition to the world and aggressively slandered McEnany on a personal level. Just because we don't all agree on politics, should not mean we cant agree to treat each other with respect. To see what set Loesch off and how McEnany reacted, continue on to the next page.