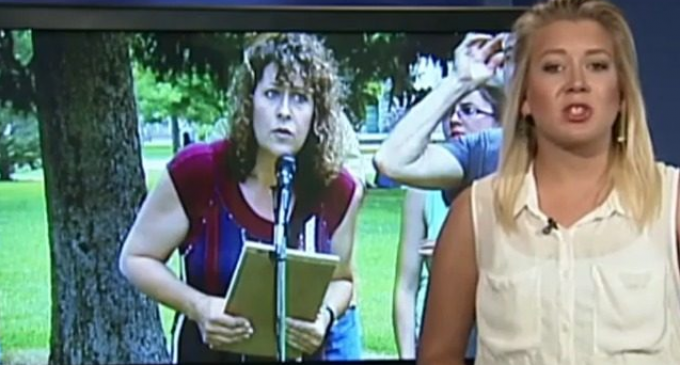 Hunched on the corner next the washing machine and shaking in fear after being raped, the little five-year-old girl from Twin Falls is not the real victim.  What happened to her, the forced oral sex, being urinated on, and the sexual assaulted by three Syrian refugee boys is being swept under the carpet by an activist group known as “We the People of Magic Valley” and the local news KMVT, as they claim this is racism and not rape.

The testimony of the girl's father about what he saw recorded is the reality of the situation, but Obama backing immigrant advocates are siding with refugee boys, as “they are victims in their home country everyday”.

“Thirty seconds showed them in the laundry room, they pulled my daughter around, pushed her up against the wall, pulled her pants off, he dropped his pants, he was trying to get her from behind, you know, they only… no, for the boy that was trying to do it he was, you know, he was only seven to nine years old, so not a lot of… he didn’t know what he was really doing, as you’d expect. My daughter didn’t really, was trying to fight him a little bit, she finally got away, pulled her pants up, ran around to the side of a corner, ran inside a washing machine, hunched down, shaking in fear, while he danced around with his pants down, laughing at her, pointing at her, with all the other boys – you could hear them in the background, doing the same thing – and that’s all I watched. Because after that I was just… man, I don’t want to see any more of this. If I do, I’m gonna do something I shouldn’t do.”

“I know there was a lot more that happened that was told to me by the prosecutor who had watched the video. More after that, you know, he went back to her, tried doing the front, he, um… oral sex with, you know, oral with her, he shoved it in her mouth…”

Don't punish the repulsive behavior of the Syrian refugee boys because they have had a bad Syrian home-land life appears to be the underlying message of Nancy Taylor and the “We the People of Magic Valley” group.

The rest of the story is on page two.  The unrest in Twin Falls is stirred by refugee advocates who would prefer that a tiny girl deal with a rape, then have their refugee project come under scrutiny.