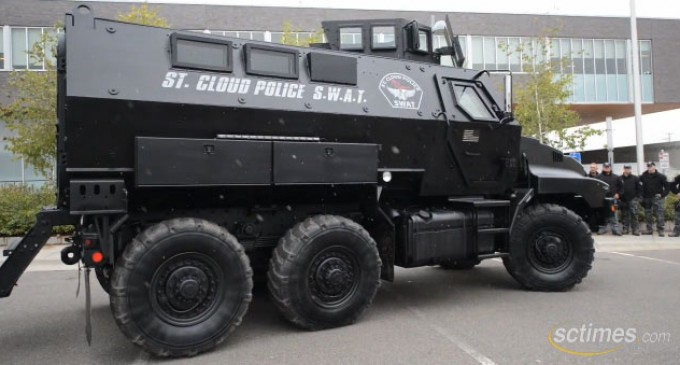 St. Cloud Minnesota has a population of approximately 66,000, according to Wikipedia and now it also has a $400,000 tank, thanks to a Homeland Security policy of giving military gear to local law enforcement.

The SWAT team will use the tank–which is built to endure grenade explosions–when executing search warrants or responding to disturbances that may involve knives or firearms.

Local police are increasingly utilizing military-style vehicles and equipment–in large part thanks to federal government programs. The federal Department of Homeland Security gives billions of dollars to local law enforcement units for the purposes of procuring armored cars and other army gear.

While it is true that a SWAT team may feel safer in a vehicle designed to resist mines and grenades, this is another example in a growing trend of militarizing police forces across America.

Do you think the DHS should be arming local law enforcement with military-grade hardware?