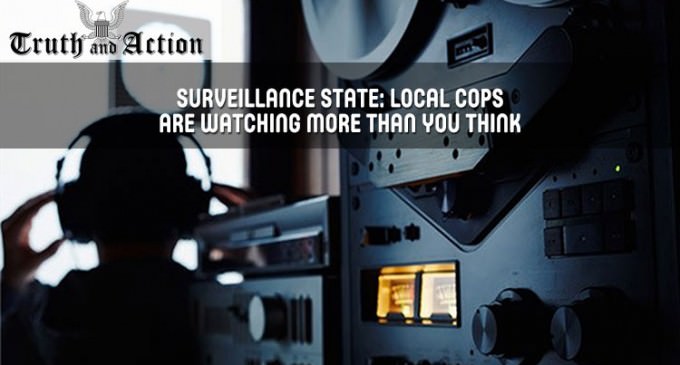 Americans have voiced growing concerns about warrant-less domestic surveillance and data-snooping by federal agencies including the National Security Agency (NSA), Federal Bureau of Investigation (FBI), National Security Analysis Center (NSAC), and Department of Homeland Security (DHS), but another growing source of official scrutiny of private citizens' data has risen in the shadow of these large-scale privacy concerns. Increasingly, local police are behaving like federal intelligence agencies.

While NSA and NSAC overreach is conveniently swept under the rug by officials who use fear-mongering rhetoric related to terrorism, local police forces have been quietly monitoring mobile data for at least a decade. Police departments are able to obtain portable equipment  from the FBI, such as the ‘Stingray,' which enables clandestine police technicians to mimic a cell tower. Cell phones and other mobile devices within range of the Stingray are forced to connect with the device, rather than actual cell towers, allowing whoever controls the Stingray to gather data on the movements of cell phones.

But police only aim these tools at ‘bad guys' or at least ‘persons of interest' in their investigations, right?

Not quite! You'll see on the next page that these devices put all citizens at risk in quite sinister fashion: