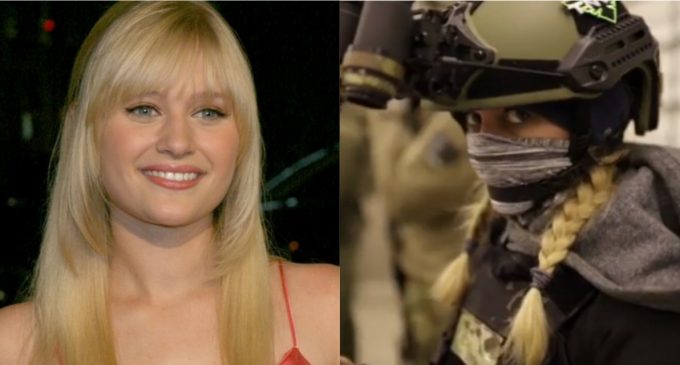 Former Lizzie McGuire actress Carly Schroeder told TMZ Live on Wednesday that she is ditching Hollywood to join the army. She said that she has already begun training after being accepted into Officer Candidate School.

“I’ve been considering it for a while, and it is a big choice, but thankfully my parents and my little brother were very supportive of me,” Schroeder told TMZ. “My dad was actually in the Army, he as trained as a Green Beret medic, and my little brother Hunter, he’s in the Marines now. And they just told me, you should think about it, talk to every branch, and pick which one works best for you, and I chose the Army.”

“In college [I] learned a lot about human trafficking, and I think going into the military will actually allow me to learn skills that can help me help others who have been impacted by this,” she shared.

Turn the page to see the interview.