We Do Not Live in a Democracy

We Live in a Constitutional Republic.

It's Important to Know the Difference.

“A Constitutional Republic” is a government created and controlled, at least, by the Law of a Constitution. The Constitution of the United States of America was, in Law, foundationally based on the Bible, the Magna Carta, and the Declaration of Independence. Those documents recognize man's sovereignty, the divine nature of man's creation and man's divine right to Life, Liberty, Property, and the pursuit of happiness. 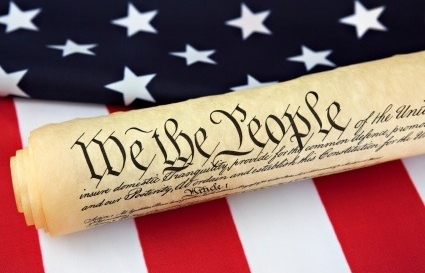