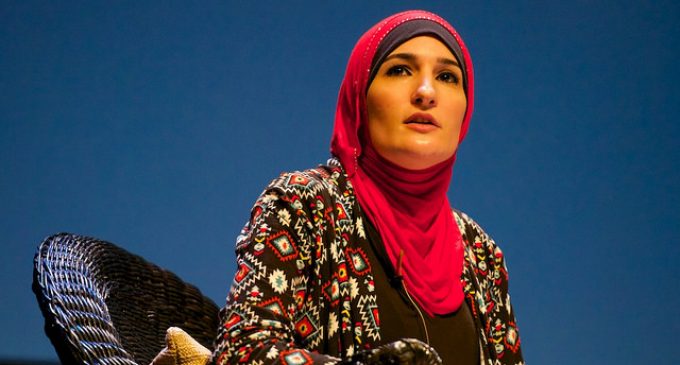 Linda Sarsour is back at it again. She got caught red handed again this morning funneling money from a supposed charitable organization to help Hurricane Harvey victims into…something else.

Hurricane Harvey is one of the worst natural disasters in recent history. But, to the Women’s March founder and former Arab American Association of New York director, this is just another opportunity to fleece a few more well-meaning folks of their hard earned donations.

Perhaps, she need not look any further than a mirror to figure out why Muslim-American activists get such a bad rap in this country.

Here is the devious little tweet Linda Sarsour through out there to trick the naive little masses.

On the surface, everything looks fine, just like that infamous book started in 610 A.D that rhymes with Moulin. But, it's all a trap.

What would be your bet as to where Linda Sarsour is really directing the funds? Here is a hint – it sure as heck isn't Hurricane Harvey victims.