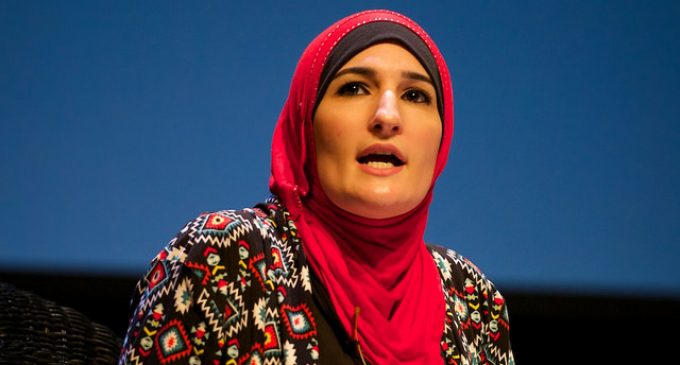 The tribalistic pro-Hamas anti-Semitic Arab American Muslim activist, Linda Sarsour, is back to doing what she does best. Remember how former President Obama hailed her as a “champion of change”? Well, in true liberal feminist fashion she is doing just that. In an outlandish PR campaign to help cover several scandals resulting from her violent pro-jihad and anti-Israeli comments her true hypocritical agenda for “change “emerged.

It’s enough to almost make one think Huma has pulled her aside and taught her a few of the tricks her and Hilary use to pull off their money laundering schemes. And really we all know that the children in Haiti didn’t want shelter, food, or clothing, they wanted Chelsea to take that money and use it on a lavish wedding dress… Right?!

The irony of the situation is that Huma and Hillary are onto something as we all know the truth but they still got away with their conniving schemes to steal money from charity. Part of that guilt is on us as well. We still continue to let these shameless crooks off the hook citing government bureaucracies and the power of money.

And Hillary might very well be too big of a fish (no double meaning intended) to catch in this current political climate. But, Linda Sarsour is a different story. So, as long as no one here is afraid of a crazy liberal ass-kissing Muslim jihadist stealing from Jewish charities…. More information about this fraud scandal involving Sarsour and other Muslim organizations on the next page