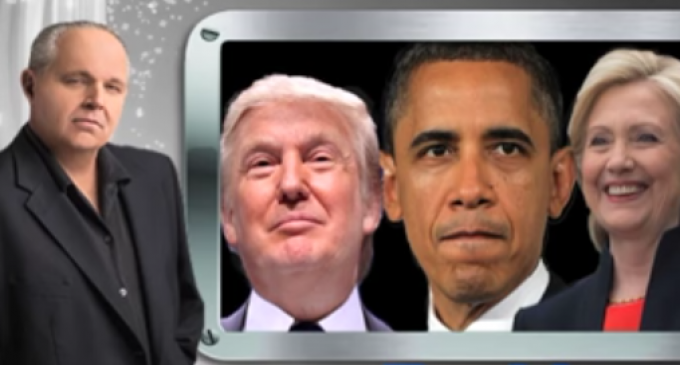 On his nationally syndicated program, the largest of its kind, the conservative host eviscerated the Times for overlooking Obama’s pressure on the FBI to drop its investigation of Hillary Clinton’s email server while falsely accusing Donald Trump of trying to get FBI Director James Comey to not charge Michael Flynn with improper contact with Russian representatives.

The entire kerfluffle has come about because the Times article charged Trump with asking Comey to “let it go” in terms of investigating Flynn. The charge was based an alleged memo that Comey wrote after his meeting with the president.

Yet no one in the media has actually seen the memo. It was allegedly read over the phone to the Times reporter by an anonymous source. Journalism 101 teaches that such sourcing is bogus, unethical and lacks credibility.

Find out what Limbaugh thinks of what Obama did in relation to the Clinton investigation and why it dwarfs anything Trump is alleged to have done. It’s all on the next page.