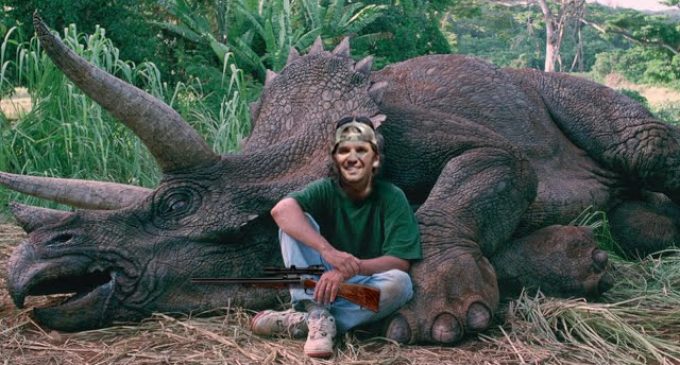 If there's one thing that's funnier than the questions being asked by Mark Dice in his videos it's the people who think who pretend to know what he's talking about for the sake of an interview. If there's one thing that beachside liberals have proven over and over again it's that they're not exactly the smartest people on the planet. In fact, you kind of need a whole new category of non-intelligence to classify some of these people.

Dice's latest video revolves around a recently surfaced photograph of Donald Trump's son sitting in front of Triceratops. This photograph of course, is a photoshopped version of the famous picture of Steven Spielberg sitting in front of the Triceratops from the original Jurassic Park. However, much like other videos that asked people whether or not it was wrong for Spielberg to kill a Triceratops, these people have no idea that it's an extinct dinosaur either.