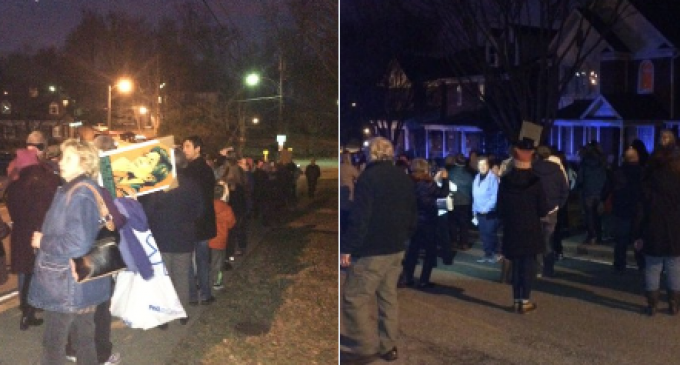 In December 2000, Mrs. King offered her final words toward then-Senator Sessions. In the remarks, she claimed that it was a “great privilege and an honor” to join Sessions and other public officials during the opening of the Rosa Parks Library and Museum.

Of course, those aren’t the words the left have decided to focus on. Instead, they’ve latched onto the one-sided statement King wrote about Sessions in 1986. The politically-charged letter was meant to oppose Sessions’ appointment to a federal court position. It was no more a condemnation of Sessions’ character than it was political maneuvering meant to liberalize the nation’s justice system.

Now that Sessions has been confirmed, King’s letter is being used against the highest-ranking members of the GOP.

Watch as protestors use King’s letter to Mitch McConnel in front of his home on the next page: