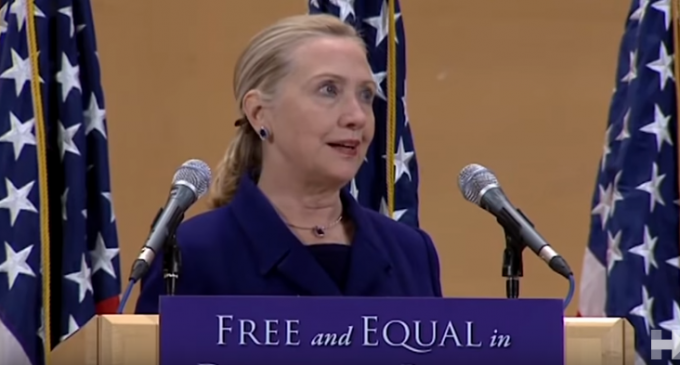 Seeking to capitalize on the emboldened push for gay rights amongst liberals, Clinton’s campaign released a video this week touting her advocacy of the LGBT agenda. The ad even went as far as to feature same-sex couples kissing, a move that was met with thunderous applause by any number of left-wing outlets.

Salon, the notorious web hangout of avowed liberals, heaped praise upon Clinton for the video’s featuring of gay kissing, finding it “impressive and heartening that Clinton includes gay kisses in her campaign spots.” The site went on to bash the vast majority of Americans who are personally “uncomfortable” with seeing couples in general and gay couples in particular kiss, insinuating people with such concerns are bigots.

To learn more about Clinton’s history with gay rights, turn to the next page: