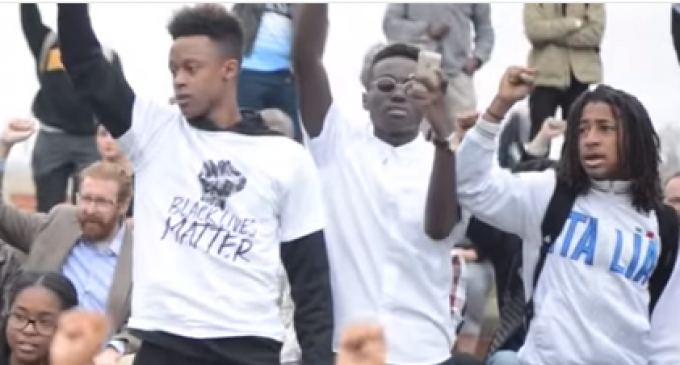 Two-years-olds disguised as college students at Missouri are throwing heartless temper tantrums because the eyes of the world have shifted off of them an onto those who are truly suffering.

Paris has stolen the activists' thunder and they cannot see past their infantile self absorption. Amazingly, they sent out these tweets immediately after the attacks.

On the next page one can read the tweets of these kids suffering from what appears to be empathy deficient disorder.