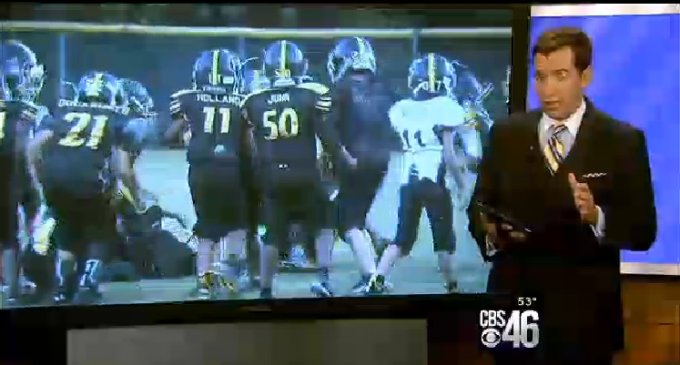 When 8-year-old Elijah Burrell intercepted a pass and scored his first touchdown for his team, the Black Knights from Lawrenceville, Ga., he inadvertently caused his team to receive a $500 fine and their coach be suspended for a week.

Because of a very leftist-minded imposition on the game called the ‘Mercy Rule', which doesn't permit a team to score more than 32 points over the other team.