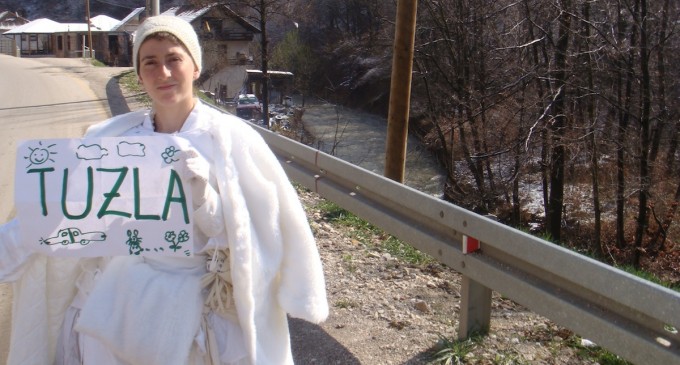 When two performance artists, Pippa Bacca and Silvia Moro gear up in bridal gowns to promote world peace, you would think this is something that could happen with no trouble.

Yet, time and again the forces of the artistic left meet with the violence of the jihadist east they so want to lionize.

Charlie Hebdo was leftist publication in Paris, France that face the wrath of jihadists on January 7, 2015.

The Charlie Hebdo staffers were treated to two jihadists wearing armor and bearing rifles who murdered 11 people and wounded 11 more in their building.

Artists of the left do not suffer alone however.Many right leaning artists have been targets of jihadists.

Theo van Gogh who made the film Submission.

Kurt Westergaard drew the famous Jyllands-Posten Muhammad cartoons. (Mr Westergard is still alive, living under guard, with many attempts made on his life)

The Curtis Culwell Center Attack in Garland Texas where there was a Muhammad cartoon contest was attacked by two jihadists who were shot down by police.

Now a performance artist has been ravaged by this element and everyone is quickly leaping into damage control mode.

Please see the next page for Pippa Bacca's story.