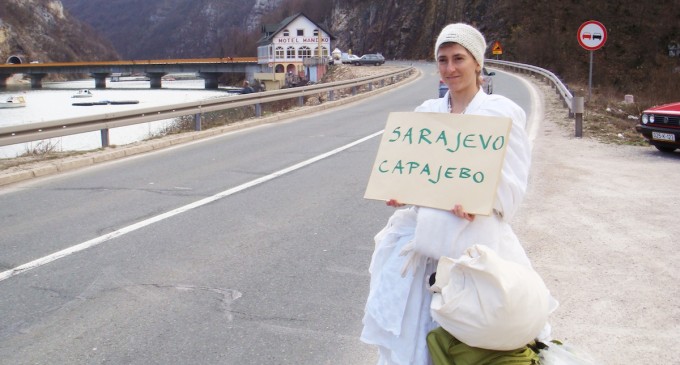 The liberal way of life is in no short supply of cautionary tales. Those who take their deluded thinking to extremes often end up in situations that make it difficult to sympathize with because, well, what did they think was going to happen?

Two friends, both claiming to be performance artists decided to from Italy to the Balkans to the Middle East to spread a message of peace and “marriage” between different people of different nations. And throughout the whole journey, they would wear white wedding dresses. But after just three weeks on the road, one of the two girls was killed by a driver who offered her a ride.

According to Turkish authorities, Pippa Bacca, 33, was raped and strangled. Her body was found on April 11 in some bushes near a Turkish village, after a suspect led the authorities to the site. Bacca's death has stirred broad public anger and grief in Turkey and Italy, prompting Turkey's president, Abdullah Gul, to call President Giorgio Napolitano of Italy to relay the grief of the Turkish population.

Read how investigators tracked down the killer on the next page.