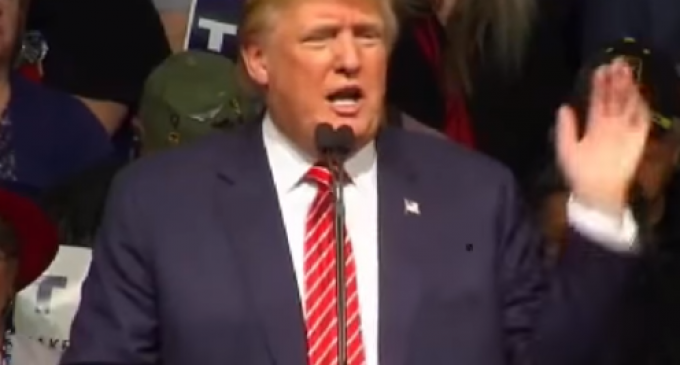 The media is having a meltdown over the very real possibility that Donald Trump will be the GOP nominee this November, and it’s showing in a new, desperate push against him.

Mobilizing celebrities, left-wing activists and academics, an online campaign devoted exclusively to attacking the Republican frontrunner. Named “Stop Hate Dump Trump”, the initiative has made it it’s business to see to it that Trump never so much as sets foot at the Republican National Convention to accept the party’s nomination.

Decrying what they refer to as Trump’s “inciting hatred against Muslims, immigrants, women, the disabled,” the group draws parallels between him and demagogues whom “History has shown us what happens when people refuse to stand against hate-filled leaders.” The implication is that Donald Trump is the political and ideological successor to racist tyrants like Adolf Hitler, an outlandish claim that would leave most right-thinking Americans scratching their heads.