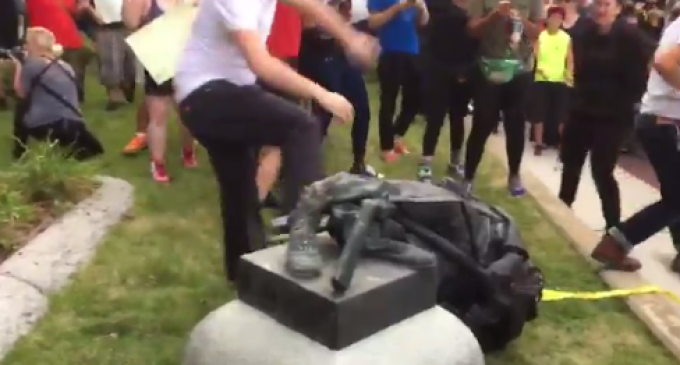 The false flag riots in Charlottesville are already starting to produce the desired results liberals were hoping for. Blame for this horrible unfolding of staged human bigotry and hate is already starting to go towards the least guilty culprit of them all, Confederate statues.

How many of you have ever seen a huge full-scale protest or riot go down? There is a reason cops are standing guard on location. The typical procedure is for cops to form a line, a wall, or a human barrier between the opposing groups of protesters. But, despite the official “state of emergency” being declared by Gov. McAuliffe and sending in over 1,000 police and national guard, this did not happen! Law enforcement stood back. They watched the violence go down. Because this was planned. And now the country is up in arms against each other fighting on morally charged polarizing racial grounds. The left now has a “moral grounds” for advancing the hate campaign against President Trump, ALL conservatives and Confederate statues. Stage two of the Charlottesville false flag is taking this staged tragedy to infringe on citizens constitutional rights and fan the flames of war.

Learn more on the next page about the push by liberal activist groups to go physically destroy ALL Confederate monuments and how this all went down in North Carolina when a group set out at night to remove General Robert E. Lee from history in response to Charlottesville