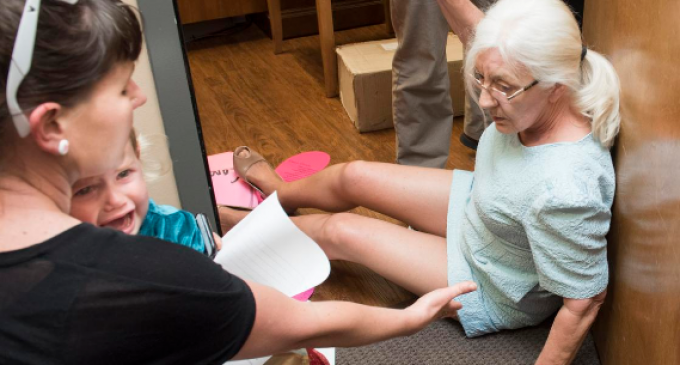 In the aftermath of Donald Trump's election, in some places, it is literally dangerous to be a Republican. In deep blue California, this proves particularly true, as one elderly woman recently found out.

California may be thought of as a liberal haven, but Republican pockets do exist across the state's southland. Orange County, for instance, is a traditionally Republican territory. But that doesn't mean Republicans in the area are safe from harassment or violence.

Earlier this month, liberal activists descended upon the office of one of the county's Republican representatives. The resulting exchange sent a 71-year-old woman to the hospital. Even a 2-year old got injured by the demonstrators.

Read about the violent and chaotic tussle between the office employees and the protestors on the next page: