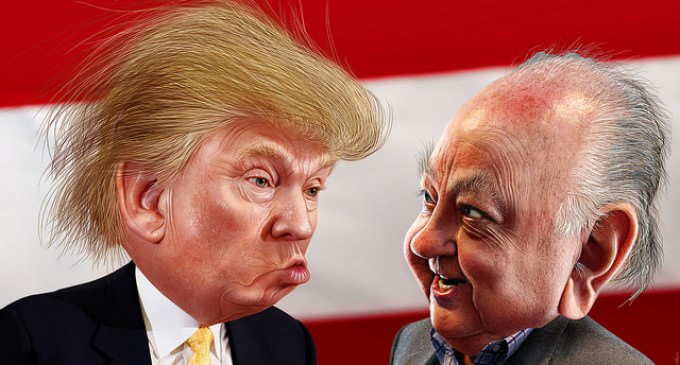 The big hoopla over Donald Trump's boycott the Republican debate on Fox News Thursday night is swirling with bombast and political intrigue. Trump campaign manager Corey Lewandowski is apparently as brash as Trump in proclaiming that Fox will anger advertisers and have very few viewers and can be seen as a threat or simply a estimation of Trumps' value as a television commodity.  At this late date, it appears that Trump is firm in his decision to not participate.

“You and I both know the only reason their ratings are as high as they were on the first debate is because Donald Trump was on the stage,” Lewandowski said on Good Morning America this morning with George Stephanopoulos, reminding him that it was among the highest rated cable events in history with 24 million viewers.

Lewandowski predicted in an interview with MSNBC’s Morning Joe that without Trump in the debate, Fox would get 1-2 million viewers. He also floated the option of working with another network for Trump’s proposed event to raise money for wounded veterans.

Of course, people will still watch the debate, even though Trump will certainly pull viewers away with his promised event to benefit wounded warriors and veterans, which be broadcasted at the same time. And, the case could be made that more people will watch to see what happens precisely because he is not participating. It will certainly give the other candidates a chance to make their case without the time being split with front-runner Trump, and will also allow them to attack him at a time that he is not there to respond.

But there is actually much more to the story. The power of the news media is being challenged by Trump's refusal to appear, and some say that is a good thing. In the past, candidates would bend to network demands, even when they were unreasonable or antagonistic. While an argument can be made whether or not Fox News “Wunderkind,” Megyn Kelly was overly aggressive or was simply being a good journalist when she interviewed Trump, the fact remains that in recent years journalists have inordinately interjected themselves into the political limelight when they should have been more in the background.