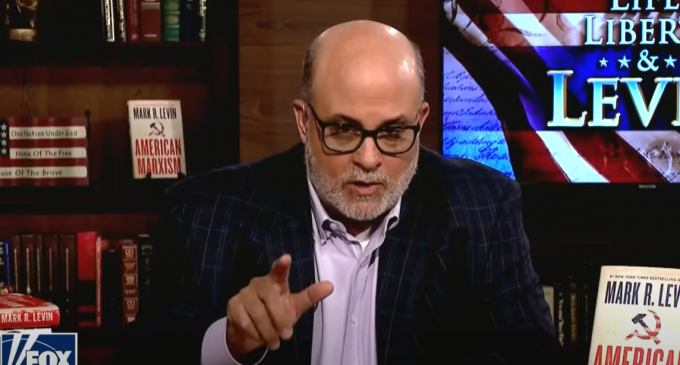 In an appearance on Fox News’ “Gutfeld” Friday, nationally syndicated radio host Mark Levin said that there ‘is a movement afoot’ that the media has missed. Levin claims that a big movement similar to the Tea Party will be effectuated in 2022.

“There is a movement afoot — I don’t think the media understand that there is a movement afoot,” he said. “It is a big movement. It’s going to be effectuated in 2022. But even more than that, you’re going to start seeing a rise like it did with the Tea Party in the Reagan revolution. These are all things I was involved in earlier in my life. I see it. I smell it. I taste it. It’s here.”

The media might not be reporting on this movement, but you can bet that the elites are all over any kind of uprising. The Tea Party movement was gutted after many became RINOS. Whatever influence globalists can exert must be tremendous if it's capable of turning so many patriots into…something else.

God bless the United States. Let's hope the next line of freedom fighters are not so easily bought off.