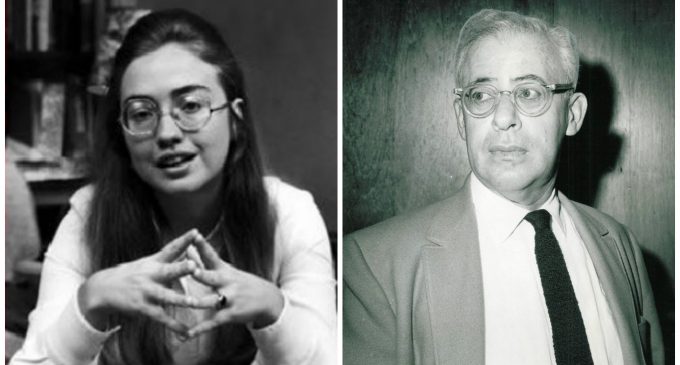 Long ago, Hillary Clinton was once a Republican. It was her freshman year at Wellesley College, and she served as the institution's Young Republicans organization. Apparently, her flirtation with the GOP didn't last long

Soon after she began college, she began correspondence with a man she would soon admire, left-wing organizer Saul Alinsky.

This self-described radical was no stranger to controversy. In his book Rules for Radicals, Alinsky wrote:

Lest we forget at least an over-the-shoulder acknowledgment to the very first radical: from all our legends, mythology, and history (and who is to know where mythology leaves off and history begins or which is which), the first radical known to man who rebelled against the establishment and did it so effectively that he at least won his own kingdom – Lucifer

Despite his radical thinking and appreciation for Lucifer himself, Clinton would continue writing letters back-and-forth with Alinsky.

Now, the Free Beacon has published those letters for all to see. Read them on the next page: