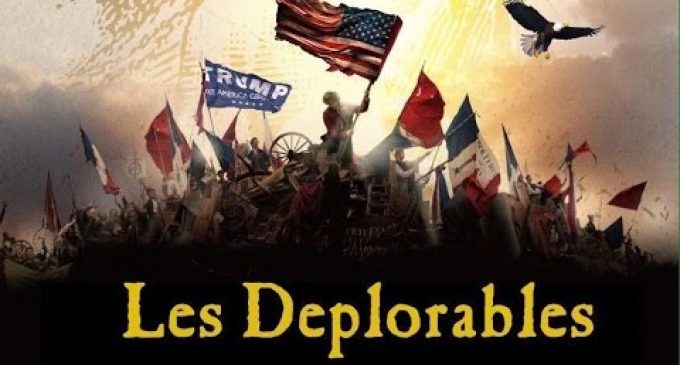 Do you hear the people sing? It is the song of angry men and women — Trump supporters called “deplorable” by Hillary Clinton.

This week, Donald Trump responded to Hillary Clinton's ” deplorable” comments in a spectacular way. Rather than fight off the remarks, Trump embraced the attack with dramatic flair. Literally.

At a recent event in Miami, FL, Trump took to the stage accompanied by a song from the 1987 Broadway musical Les Miserables. Behind Trump was a backdrop depicting the musical's most famous scene — a group of rebels waving the banner of revolution. Only in Trump's version, the flags were American, not French.

Above him were the words “Les Deplorables.”

Hopefully, the theme of revolution is where the similarities end for Trump. That's because — spoiler alert — it didn't go too well for the rebels in Les Mis. Their movement died — as did most of their men.

Still, it's an amusing play on words, and a way to keep Hillary's regrettable comments in the forefront of American minds.

See Trump make the theatrical entrance in the video on the next page: