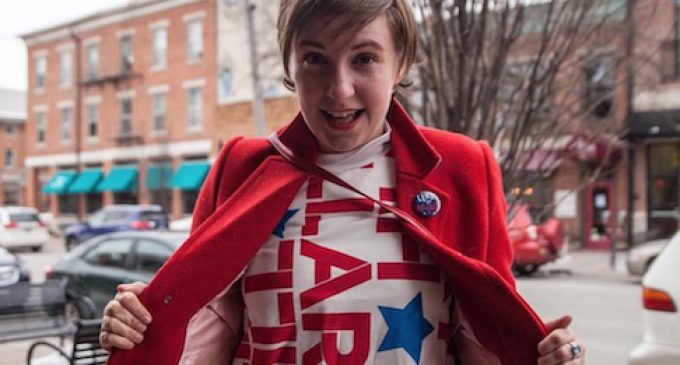 Just when you thought that you wouldn't have to see or hear Lena Dunham again, the controversial comedienne has found herself in the spotlight after making one of her trademark stupid comments.

Thanks to a media all too ready to sing her praises, Dunham has been elevated to stardom and given a platform from which to express herself. As anyone who has had the misfortune of listening to her “comedy”, it's not because she's especially funny: it's because she is a reliable mouthpiece for the liberal left. What she lacks in intelligence and originality she makes up for in shrillness and arrogance.

Naturally, this has led to the Girls creator making remarks that land her in hot water on the regular. Indeed, her statements are so ill-considered that even her fellow leftists basically put their hands on her shoulder and beg her “just stop.”