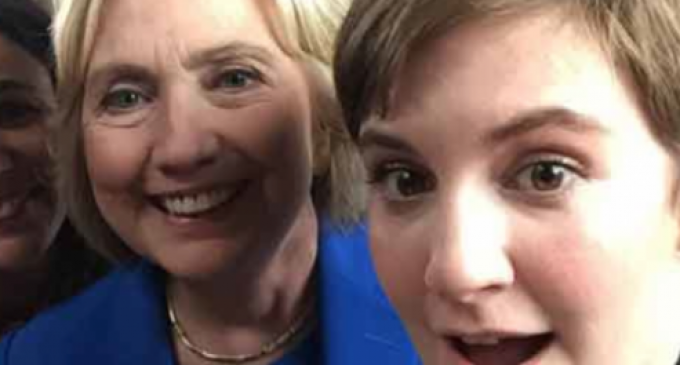 Lena Dunham is making headlines once again. And if you know anything about Lena Dunham, you know that can't be good.

Dunham has made a name for herself as one of the most insufferable feminists in all of Hollywood. Considering her peers, this is no small feat. She's managed to claim the title of Ultimate Feminist by adopting views that go far beyond “equal rights for women.” Instead, she actively demonizes men with stunning regularity.

But her latest Twitter rant against the male species may be the worst yet. She is no longer saying that men are the root of all evil. She's celebrating the extinction of all white men. The only thing can save you from Dunham's dream-scenario is being gay. As it turns out, gay white men don't pose as much of a “problem” as their straight counterparts. They both deserve to die, but straight white men deserve extinction more, according to the actress.

See Lena Dunham's shocking tweets and video on the next page: