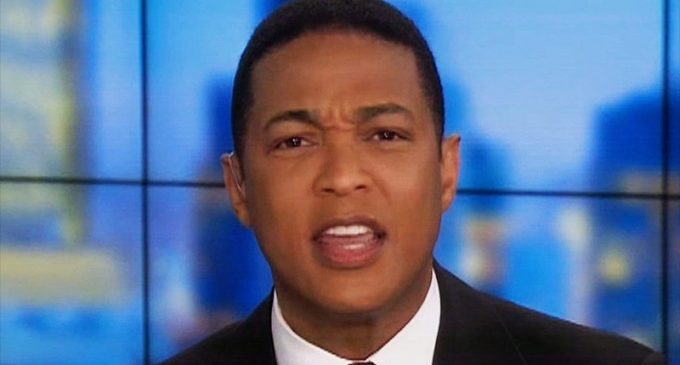 On Monday, CNN host Don Lemon made the outrageous statement that “the biggest terror threat in this country is white men,” adding that “most of them radicalized to the right.”

Lemon began his racist statement by saying that no one group or ethnicity should be demonized.

“I keep trying to point out to people and not to demonize any one group or any one ethnicity. But we keep thinking that the biggest terror threat is something else, someone people who are marching, you know, towards the border, like it’s imminent,” Lemon told host Chris Cuomo.

Turn the page to see this for yourself.