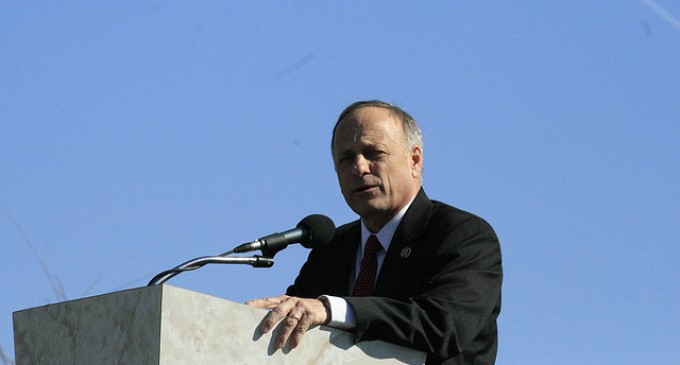 It's obvious that Obama doesn't want to stop the influx of illegals across the border, so Steve King  (R-Iowa) has introduced a new House bill that would reimburse states that deploy National Guard troops to stop this madness of illegals ever so easily entering our country.

Rep. Steve King (R-Iowa) has introduced a resolution calling on border state governors to deploy the National Guard to stop the influx of illegal immigrants, since Pres. Obama “never will.”

“There is nothing in President Obama's $3.7 billion request that secures our border. Even though this President has the power to close the border, I know that he never will. In fact, he refuses to do so.

“The American people must understand that this surge in illegals coming across our border is a presidential-caused crisis. This President's lawless actions such as DACA have caused this nightmare. These actions clearly demonstrate that he is not bound by the Constitution and will not take seriously his obligation to defend our sovereign borders.

“This crisis is devastating our communities and putting the burden on American taxpayers.  Right now there is an incentive for illegals to continue to pour across our border, and the only way to discourage them is to seal our border and send them back. Therefore we call upon the southern border Governors to call up their National Guard units to secure the border. This resolution also commits the United States House to funding the states for the cost of securing our border. These are the only supplemental appropriations the House should be considering.”

Rep. Walter Jones (R-NC), a co-sponsor of the resolution, said that deploying the National Guard “sends a clear message” to illegal immigrants:

Yesterday, the North Carolina congressman , which would make this request of the governors of Texas, New Mexico, Arizona, and California. It would also recognize and defend the constitutional authority of any governor to deploy the National Guard to secure the border.

“In order to resolve the crisis on our southern border, we need to strictly enforce our immigration laws – something the Obama administration has failed to do,” said Congressman Jones.

“Securing our borders and deporting individuals who have arrived illegally sends a clear message that such behavior will not be rewarded with citizenship in the future, and the National Guard is critical to this effort.” 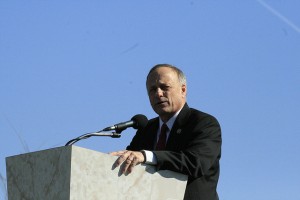