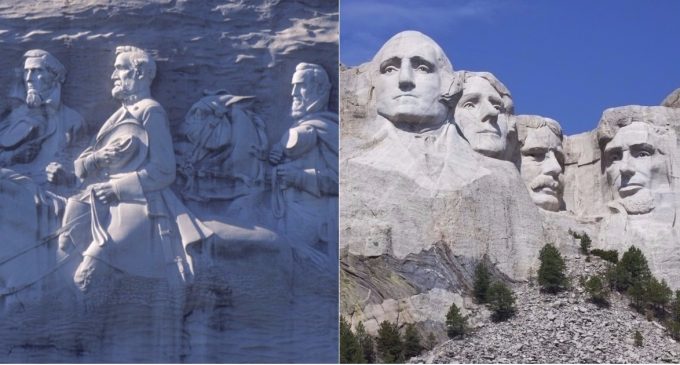 The next few months will be a scene right out of Fahrenheit 451 as Leftists the country over will begin to demand the removal of every single objectionable building, statue, artifact, work of art, memorial, plaque, literature, photograph and idea from American society.

The belief which pushes this agenda is certainly not one of personal offense, at least not to the upper echelon of the Democrat Party.  They are well-aware that racism can be perceived in everything, if we stretch our imaginations to their absolute limits.  Just as questions in a survey can be asked in such a way as to effect a certain outcome in the polling data, a perception of racism can be accomplished in any subject matter, as long as we're willing to formulate a way of thinking and approaching a story in such as fashion as to instill a specific mentality about the qualities of being racist.

Once we've determined that everything is racist, we can then fan out in a veritable army of volunteer useful idiots who will do exactly as the upper echelon demands.  And that includes the tearing down or removing of all things racist.

That push continues today, in light of what has been happening with Confederate monuments around the country.  Read the next page about how our very next logical step in the evolution of Leftist outrage will be to detonate our nation's heritage sites (like Mount Rushmore and Stone Mountain) with both hatred and a little dynamite!