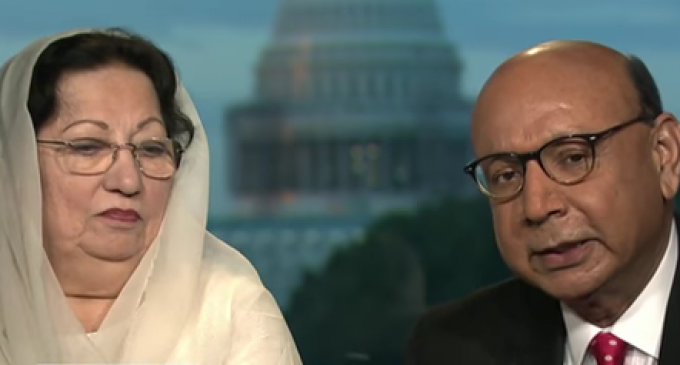 Now that people have had time to research the background and beliefs of Khizir Khan — the Gold Star parent currently feuding with Donald Trump –we've gotten a clearer look at the military father's ideology. In contrast with what the media might have you think, his outlook on America may be far from patriotic.

Just last week, the media relentlessly attacked Donald Trump for responding to attacks made by Khan at the Democratic National Convention. Despite the fact that he was making a highly partisan speech in the Democrat Party's most prominent arena, many in the press suggested that his status as a Gold Star parent precluded him from criticism. Of course, that fact was overlooked when Hillary Clinton once again attacked Pat Smith, who lost her son in Benghazi, that very same week.

The media painted a picture of Khan as the ultimate patriot and American parent. Unfortunately, while his son died fighting for the freedoms bestowed upon us by our constitution, it seems his father has far less reverence for the laws that govern our nation.

See what Khan said about Sharia Law and our constitution on the next page: