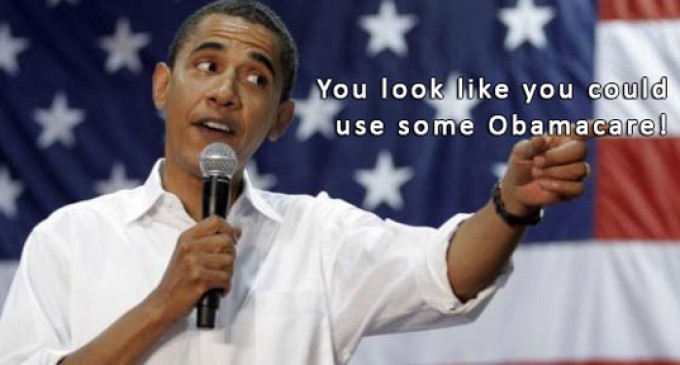 President Obama's approval rating is awful, and it deserves to be. He is ineffective on domestic issues to the point he is ignored unless he is threatening to exercise his veto or to use ‘his pen and his phone'. His budget proposal was more of a feeble whimper than a positive bang and not even democratic candidates seeking re-election in 2014 want him to campaign for them. Luckily, he is still the most powerful insurance salesman in the free world. But will it be enough to save his healthcare program from another embarrassment?

In the final weeks before the March 31 deadline for individuals to enroll in an insurance plan through his health care program without facing a penalty, Obama is going everywhere and anywhere to make his pitch. He has started to sound like an overeager junior salesman — the type who watches Alec Baldwin's “always be closing” monologue from “Glengarry Glen Ross” every morning to get psyched.

“Now there may be some circumstances where somebody is making $40,000, $50,000 a year, they've got a health insurance option that — you know, costs $300 a month for their family,” Obama replied. “And they may say, ‘You know, with all the bills that I've got, that's too tight.’ I guess what I would say is, if you looked at that person's budget, and you looked at their cable bill, their telephone — their cell phone bill — other things that they're spending on, it may turn out that it's just they haven't prioritized health care because right now everybody's healthy.”