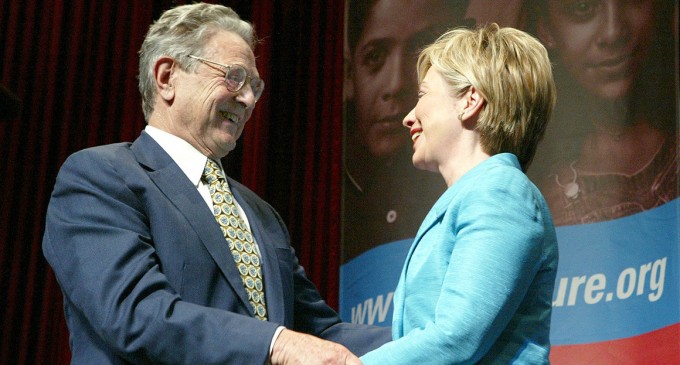 Much like the rest of her career, Hillary's Clinton's time as the secretary of state was filled with lies and corruption.

Now, new scandals are coming to light, thanks to the Wikileaks hack. The question of who was in charge of U.S. foreign policy during that time seems to have been answered. After sending an email to Hillary about an opposition demonstration taking place in Albania, George Soros was given control over a situation he had no right to control.

Once again, the United States government interfered in something they had no business interfering in. After basically calling for the “international community” to pressure the Albanian government into halting further demonstrations and toning down public pronouncements, Soros offered a list of three candidates to go to Albania and act as a mediator.

In case you're wondering what any of this means or why it's relevant, Soros has a reputation for interfering in the internal affairs of sovereign states. For most of his career, he's been accused of being a “puppet master” and orchestrating world politics and markets for his own benefit.

Read what his email to Hillary said on the next page.