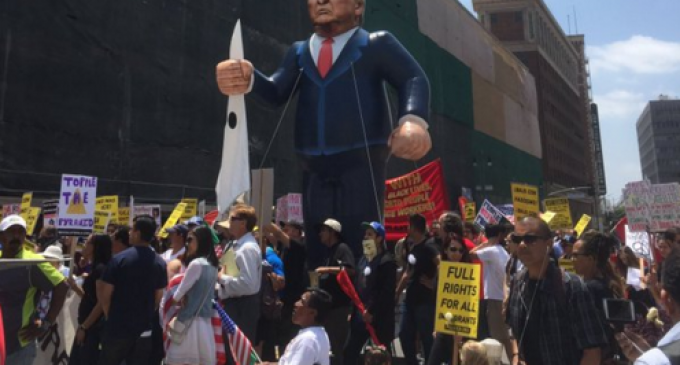 WikiLeaks has been a veritable treasure trove of juicy information in the world of politics and a constant thorn in the side of the government, who for all of their effort, can't erase things at the same speed they're being released.

The release of Democratic National Committee emails by WikiLeaks on Friday confirmed what many conservatives were already thinking. As it turns out, DNC officials have been planning many of the anti-Donald Trump protests we've been seeing all over the country.

Okay, so maybe it's not that surprising. It's like when somebody cranks the handle on a jack-in-the-box. We all know what's coming out, it's the timing we don't know. And the timing for this particular leak couldn't have been better. With the Democratic National Convention in full swing this week, there's no greater time for a few skeletons open that closet door.

Those liberal puppet masters think they're so clever, but the signs were obvious. With earlier reports stating that Bill Clinton has been getting money from some rather shady places to fund his wife's campaign. And what about the ads on craigslist that were offering fifteen dollars an hour to people who show up at Trump rallies?

Desperation is a stinky cologne.

Find out who the DNC is using to protest on the next page.