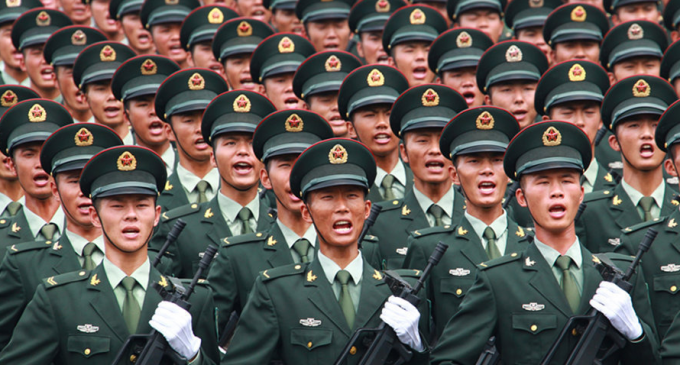 Since President Xi announced the reorganization of the Chinese People’s Liberation Army (PLA) a couple of years ago, the reforms have gradually expanded to cover units “from the neck down.” The changes not only encompass administrative restructuring and equipment modernization, but are aimed at making the fighting force more modern and flexible with the ultimate objective to “manage a crisis, contain a conflict, win a war” and “overtake the United States in military strength,” according to leaked documents from the Chinese military.

The military reforms in 2016 were followed by a more active military presence in the East China Sea and the Taiwan Strait. This included the integration of theater commands that combine naval aviation capabilities with the air force. This is most notable with the sharp increase in fighter jet activity, which occurred 1,000 times from April 2016 through January 2017, beating the previous record of 944 times in 1984 during the Cold War era.

Beginning in 2017, even more radical changes took place. Bejing increased the size of the Marine Corps five-fold in March, which will be permanently stationed in Gwadar, Pakistan, and in Djibouti. The African garrison is said to have as many as 10,000 soldiers.

Continue on the next page to see the odds that the United States and China will end up going to war: