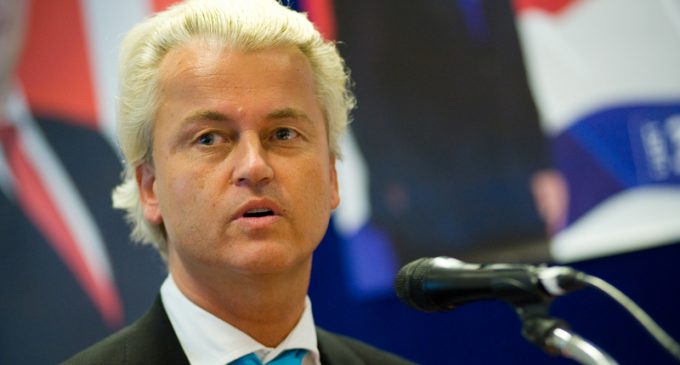 Brexit may have been just the beginning.

After the people of Britain surprisingly voted to leave the European Union, many assumed it came down to one issue: immigration.

The EU simply couldn't properly vet the millions of immigrants flowing across its borders — or they couldn't be bothered. Since the rise of ISIS, terrorists have used the porous borders to infiltrate the continent and kill hundreds of innocent people. Now, citizens across Europe are trying to take matters back into their own hands.

Leading the effort in the Netherlands is Greet Wilders, the head of the Dutch Freedom Party. He recently released a manifesto that lays out his plan to “de-Islamize” his country.

He has a chance, too. He isn't just some fringe political actor. He's the leading candidate for Prime Minister.

See what his manifesto contains on the next page: