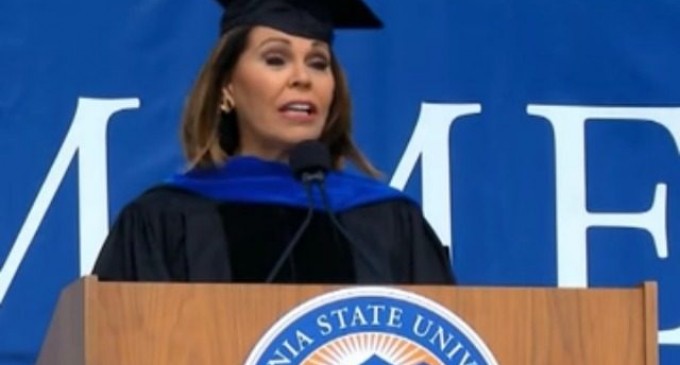 While the CSU campus has had it's share of identity politics and leftist antics, the commencement speech given by Univision hostess María Elena Salinas was elevating left-wing politics to a new level and cementing the hard left legacy of activist-journalists. For decades, the left has pretended that journalists are objective.

That facade has fallen away as journalists traveled from subtle jabs and creative programming, to outright advocacy and ethnic favoritism.

The New York Times describes María Elena Salinas as the “Voice of Hispanic America, which of course is the defacto left-wing endorsement.

See the next page for the unrest caused at her commencement speech.