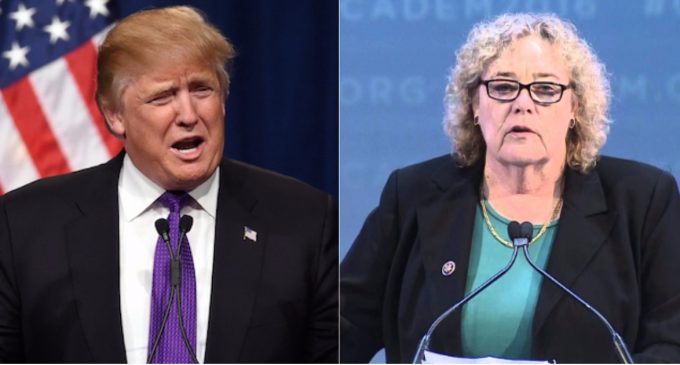 Back in the good old days of the Soviet Union, when party leaders wanted to get rid of someone, they would have him declared insane and put in a mental asylum.

Now Democrats and their allies in the Deep State are turning back the clock and showing their true colors.

As early as a month after President Donald Trump’s inauguration, his enemies harped on his behavior and off-the-cuff comments as evidence of his mental instability.

In true Soviet fashion, these left-wingers are trying to paint a picture of a president whose mental competence is in question. Knowing that their slanderous innuendo can become a major theme in the mainstream media, they keep pounding away, as evidenced by the assault on the president for his comments following the events in Charlottesville.

Find out on the next page the latest tactic in the unrelenting attack on President Trump, and how his adversaries hope to turn the Constitution to their advantage. What does this latest ploy say about them?