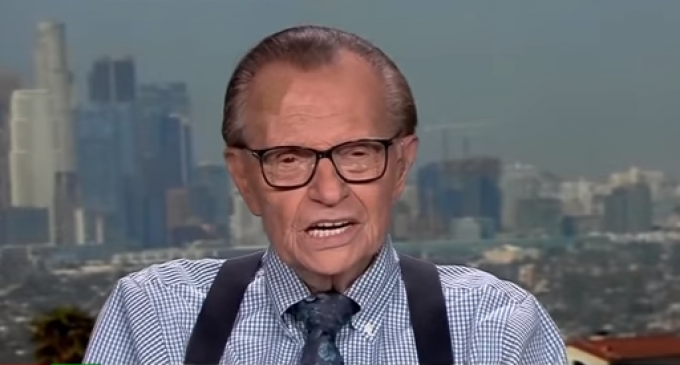 On Tuesday, former longtime CNN host Larry King blasted the network for neglecting real news in order to focus all their efforts on President Trump.

“CNN stopped doing news a long time ago,” King said during an interview with Rich Sanchez, a former colleague at CNN. “They do Trump. Fox is Trump TV and MSNBC is anti-Trump all the time.”

“You don’t see a story — there was vicious winds and storms in the Northeast the other day — not covered on any of the three cable networks, not covered,” King said. “So when CNN started covering Trump — they were the first — they covered every speech he made and then they made Trump the story. So, Trump is the story in America.”

The now-RT America host told RT America that CNN originally covered Trump “as a character” when he was running for president.