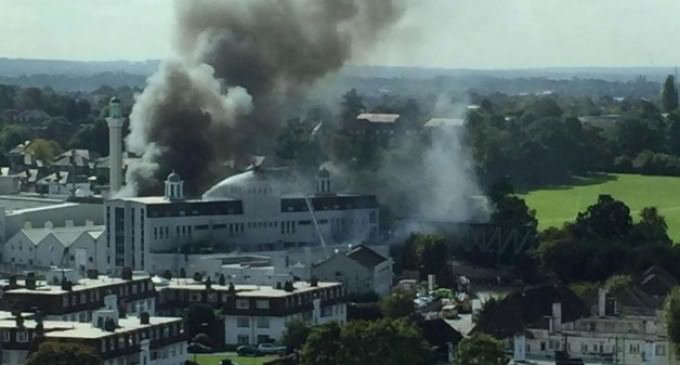 The Baitul Futuh Mosque in Morden, which describes itself as the largest mosque in western Europe, was burning today.was tackled by 70 firefighters.

The London Fire Brigade said the fire was contained to an administration building and the mosque itself was unaffected.

A man was taken to hospital suffering the effects of smoke inhalation.

Only a handful of worshippers were inside the mosque when the blaze started and they were evacuated from the site.

About 50% of the building’s ground floor was damaged as well as part of the first floor and a section of the roof. Read more about the blaze and its starling cause on the next page: