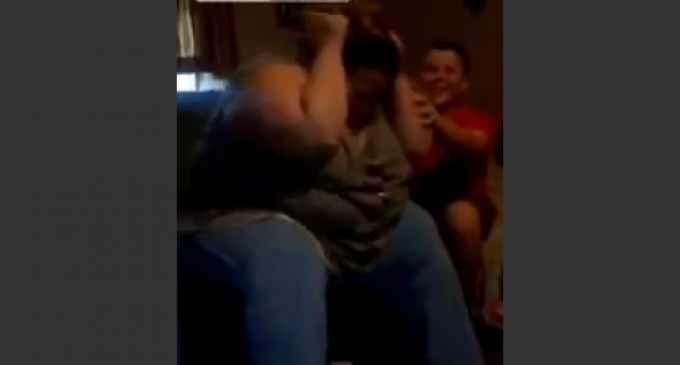 If you see on the video on the next page, you'll see exactly what I'm talking about. But be warned that the following footage looks like a gameshow that features Jabba the Hutt's daughter. As her husband films this momentous occasion, you're given a glimpse at the offspring the two of them have created that aren't much smarter than their parents.

If you listen closely to the child in the background, he believes he's finished a video game that's almost louder than the mother's screaming, but it turns out he accidentally sat on the pause button.