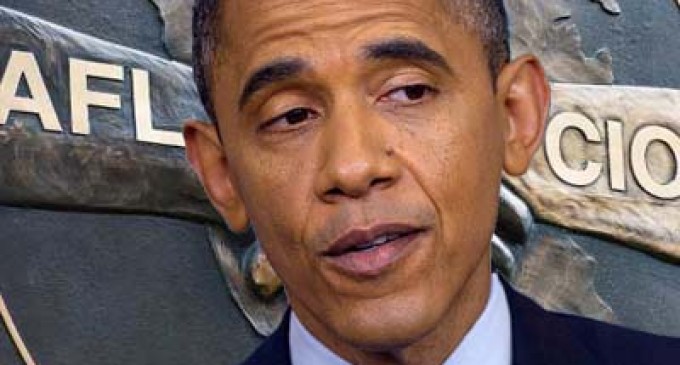 Organized labor is tasting the bitter disappointment the rest of us have experienced for years under Obama. After supporting Obama through two elections UniteHere and the Laborers’ International Union of North America (LIUNA) have now discovered what all their contributions and votes bought them: Nada. Presidents of the two big labor organizations sent a blistering letter to Nancy Pelosi (D-CA) and Harry Reid (D-NV) declaring their bitter disappointment with the lack of special consideration for union members in ObamaCare.

The unions are incensed that ObamaCare does not provide subsidies for union-negotiated trust funds known as Taft-Hartley plans. Because there employers already pay for these plans, the Treasury Department insists they are not eligible for tax breaks or subsidies. The administration contends that if the unions got what they demanded, they would be getting two tax breaks, even as the rest of America gets one. That’s because the unions want their employers and the government to fund their benefits. They are further enraged that the $63 surcharge ObamaCare levies on non-profit, self-funded plans to subsidize insurance companies that take on higher risk patients didn’t end up in union coffers.

Robert Laszewski, a health policy consultant in Washington, illuminated the administration’s position. “The unions here are asking to double dip,” he said. “It is an unfair request. The Obama plan is very simple: If your employer pays for your health plan, you are not eligible for a government subsidy. What the unions are asking for is government and employers to fund their benefits.” 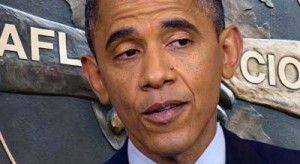 In a series of meetings with the White House, labor leaders made their concerns about Taft-Hartley known, and they were apparently placated by a series of false promises. In one ironic twist, these leaders met for an hour on September 13 with Obama and other top administration officials to voice their concerns about the Taft-Hartely problems—even as they subsequently discovered a letter revealing the plans would not receive subsidies was being sent to GOP lawmakers around the same time frame.

The administration’s duplicity represents the latest in a string of disappointments for a labor movement that shoveled massive amounts of money into pro-Obama organizations in both 2008 and 2012. They also deployed millions of grassroots volunteers, convinced that ObamaCare was the big-government answer to their healthcare concerns. Their disappointment is amplified by what they consider a lackluster effort on the part of the administration to support card check legislation that would have facilitated organized labor’s ability to form unions.

This cavalier treatment of big labor support may be too much of a snub to ignore. Union leaders are now questioning how much support Democratic party candidates deserve  and LIUNA has even endorsed Republican Chris Christie recently.

Obama’s blatant disregard  for union support may have changed the face of labor support for many election cycles to come.