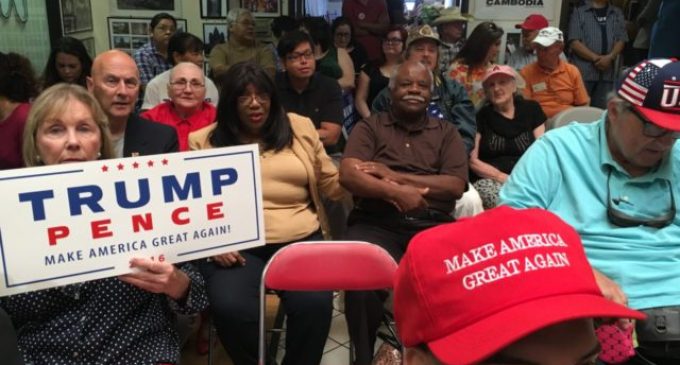 The Republican primary was a great show of diversity within the GOP. Among the top-tier candidates was an African American, two Hispanics, a woman, and a fluent Spanish speaker. When all of those candidates lost to Donald Trump — a rich, older white man —  many thought that the Republican party lost their chance to put their diversity on full display.

The more cynical simply said that the GOP was too “racist” to include so many minorities — press included. The media ran with that characterization for so much of the year that many within their ranks began accepting the lie as objective truth.

When the LA times visited Trump's Southern California HQ this week, they were finally faced by the fact that they had fallen for their own lies about Trump's “racist” supporters.

See what they found in Trump HQ that surprised them so much on the next page: