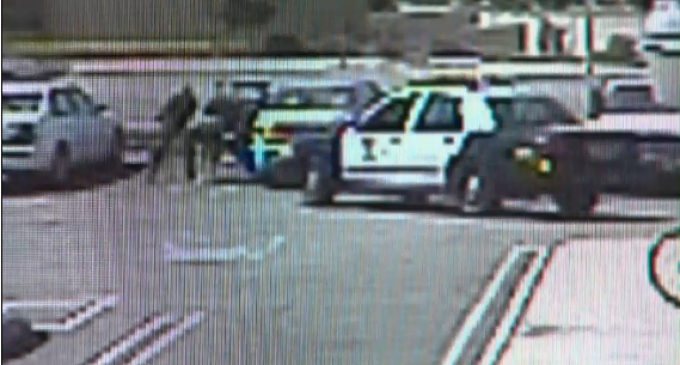 These cops pull her over for talking on the cell phone, then for whatever reason, pull this 5'4″ nurse and mother out of her car, repeatedly slam her around and feel great about it.

Officials then claim that Jordan defied the officers' orders to remain in her car and began challenging them, according to the Times. The officers then arrested her, slamming her body to the ground twice.

Jordan's lawyer, Arthur Corona, called her a “defenseless woman in a sundress” and questioned why officers chose to use such aggressive means against his client, notes ABC7.

Sy Nafiz, another one of Jordan's attorneys, said to ABC7, “If anyone on the street attacked an innocent woman, they would be in jail. We expect the LAPD officers to be held to the same standard.”

“My initial review of the officers' statements and the recorded video cause me to have serious concerns about this Use of Force,” Beck said. “We will investigate this thoroughly and hold our officers accountable for their actions.”