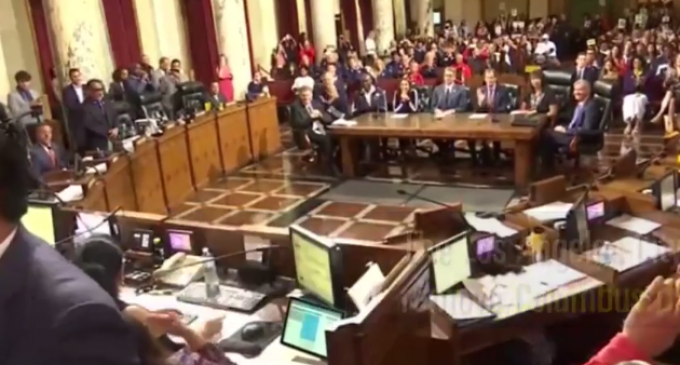 Not every culture is worth celebrating, according to liberal politicians in Los Angeles California. The Los Angeles City Council voted Wednesday to do away with the ‘racist' “Columbus Day” and replace it with “Indigenous Peoples Day”.

Los Angeles has one of the highest homeless populations in the country and is facing an imploding pension crises, but none of those are real problems, apparently.

This is a civil rights crises, and according to activist and politicians, this move to replace Columbus Day is a long overdue civil rights victory.

But, make no mistake mind you. Replacing Columbus Day is only the 1st step for these Marxists. There is still a LOT whites “need” to do in order to atone for the actions of a few explorers in the 1400s.

What is the future going to look like if liberal activist and politicians keep teaming up? Continue on to the next page to learn about the next “civil rights” step planned for Los Angeles and the country.