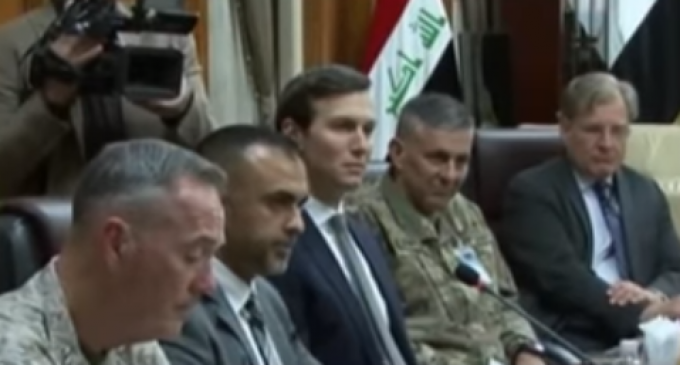 Those speculating that Jared Kushner might be the Antichrist now have further evidence to support their claims. The Wall Street Journal reported this morning that Kushner is preparing to head to the Middle East to negotiate an Israeli-Palestinian peace deal.

President Trump has stated numerous times that if anyone could bring about peace in the Middle East, it’s his son-in-law Jared Kushner.

And if the success Kushner has achieved in negotiating an elite deal to work with Google, Apple and Amazon to completely revamp the entire government computer network communication processes is any indication of his talents, Kushner might be more successful in negotiating Middle Eastern peace than many critics might ever think possible.

Biblical prophecies clearly state that the man who manages to facilitate peace in the Middle East will be the Antichrist. Kushner appears to be fulfilling prophecies foretold by the Prophet Daniel. This is huge as this indicates that the pre-tribulation rapture might be imminent. And marks the time when it will be too late to witness to loved ones and say goodbye.

Who all knows these exact prophecies by heart and the exact signs or writing on the wall telling Christians that the end-of-times are here? Do not be fooled by liberal distortions of these prophecies like most as the scriptures continue to be diluted down for the lukewarm masses. More on the next page: