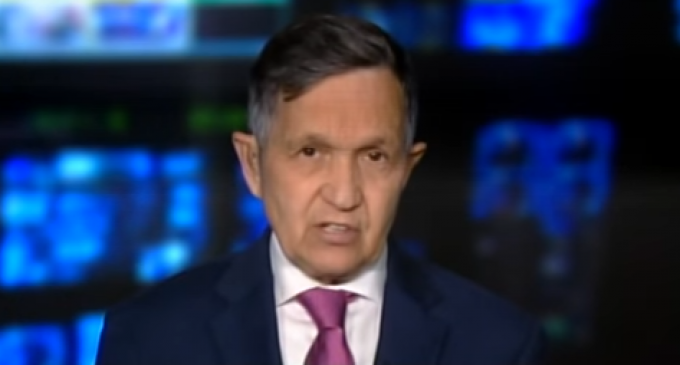 Deep State is a term that refers to the deeply embedded individual, entity, group or organization that exists within another larger organization or department, especially when referring to cloak-and-dagger, deep-throat type operatives who are perceived as loyal to the overall machine, but are working independently or in collusion with other like-minded individuals or groups for the express purpose of undermining another individual or groups that oppose them and their ideology.

Lately, it has been a recurring theme in the mainstream media where, on the Right, people like Sean Hannity and Rush Limbaugh have been attempting to focus the microscope on the fact (not perception) but fact that there is a horribly embedded Leftist element within the intelligence community (within the government as a whole, in fact) that is laser-focused on ensuring the ultimate failure of the Trump administration.  On the Left, however, the Deep State refers to a force that, in the minds of the Progressives, will substantially ameliorate the situation with the White House, to the point where Trump is ousted and a damaged every-man's party is unable to ever upset the apple cart again.  On board with this mentality is also the deep pockets of the Establishmentariat.  Together, they may be able to overcome the slovenly, middle-class-supported Trump presidency.

The approval numbers for Trump are arguably bad or good, again depending on your political take.  The Left looks at his 40s ratings as horrible and will be in the 30s if the scandals continue to amass (and of course, with the willing accomplices in the media, they will).  The Right, on the other hand, looks at these numbers as an amazing accomplishment when one considers the 24/7/365 assault by the Left in every medium and every venue.  If Obama had endured the level of scrutiny for all of his skeletons, his approval ratings would never have risen above the 30s.  It's safe to say that if Charlie Rose had actually acted on his own perception that “We don't really know anything about candidate Obama,” as he was propelled into the seat of power past Hillary Clinton, Obama would have had a substantially smaller length of coattails (which was already significantly shortened by the Republican surge in the electorate).

Sean Hannity had Dennis Kucinich (former Democrat U.S. Representative out of Ohio) on his program tonight who is absolutely convinced that the Deep State in the intelligence community responsible for this latest round of shameful leaks equates to treason – and is a ‘clear and present danger' that threatens the very existence of the Republic itself.