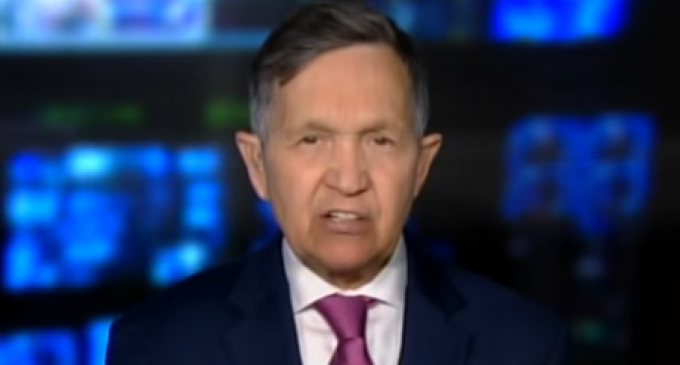 This week, the Democrat party named a special prosecutor tasked with investigating Donald Trump’s ties to Russia. But Former U.S. Representative Dennis Kucinich believes that the plan is more than a simple political ploy orchestrated by congressional Democrats. Instead, he believes that the attacks against Trump are originating from a “deep state” that intends to take down the president.

A “deep state” is a group of bureaucrats working to secretly manipulate power from within the government. According to a recent ABC/Washington Post poll, nearly 50% of American believe that such a thing exists — and Kucinich is apparently among them.

Kucinich thinks they’ve become exceedingly powerful, too. During an interview with Fox News’ Sean Hannity, he claimed that the deep state represents a “clear and present danger to our republic.”

Watch him expose the deep state and their plans to take down Trump on the next page: