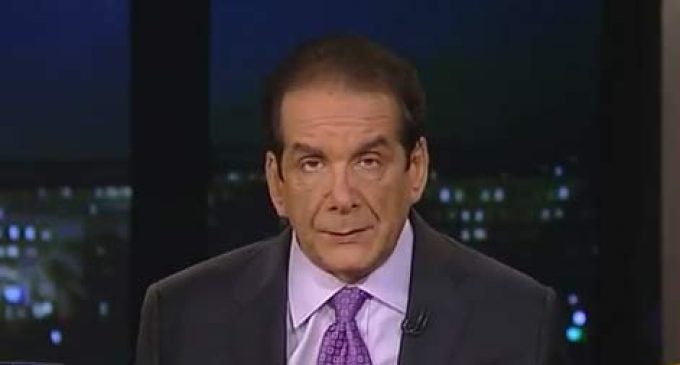 Russia now has 2,000 troops inside Ukraine, but despite this aggression, the White House's response has been timid. Charles Krauthammer responded Sunday to President Obama's statement that “the United States will stand with the international community in affirming that there will be costs for any military intervention in Ukraine.”

Krauthammer said on Special Report, “The Ukrainians, and I think everybody, is shocked by the weakness of Obama’s statement. I find it rather staggering.”

Krauthammer is right:  Obama’s statement is about “three levels removed” from real action. Obama claimed “we will stand with the international community — meaning we are going to negotiate with a dozen other countries who will water down the statement — in affirming that there will be costs — meaning in making a statement not even imposing a cost, but in making a statement about imposing a cost — for any military intervention.”

“What he’s saying is we’re not really going to do anything and we’re telling the world,” Krauthammer said.